What is Indoor Field Hockey?

The smaller, hard-surface pitches and the use of sideboards makes game-play much faster. It is also both technically and physically very demanding and great for skill development. 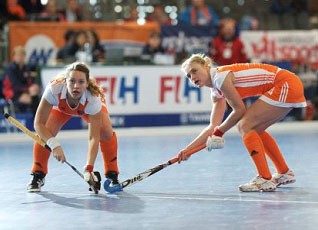