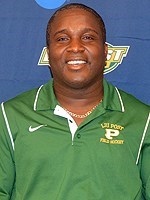 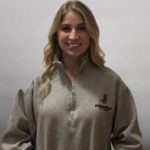 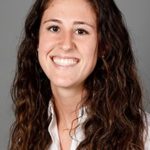 Madalyn Conklin started coaching at Lasting Legacy in 2021. Conklin served as the head coach of Cold Spring Harbor Middle School for 2020 and 2021 seasons.  As a player, Conklin enjoyed a successful playing career at Cornell University. A four-year starter for the Big Red, she served as a captain her senior season. She earned First-Team All-Ivy League, All-Academic All-Ivy, Synapse Sports Third Team All-America, Longstreth/NFHCA First Team All-Mideast Region as a senior (2019). She earned Second-Team All-Ivy League as a junior (2018) and Honorable Mention All-Ivy as a sophomore (2017).

After Cornell, Conklin continued her field hockey career and studies at Swansea University (2020). Conklin competed for Swansea Hockey Club in the English Premier League. She also played in the BUCS South Premier Division which has consistently proven to be the best university hockey club in Wales.

A graduate from North Shore High School, Conklin earned five varsity letters and was named a Northeast Regional All-American her senior year (2015). Conklin was a four-time all-state and all-county selection. As a member of the Strong Island Field Hockey club, she participated in the AAU Junior Olympics and the National Futures Championship. She has participated in Futures, Futures Elite, and Future Level One Training. 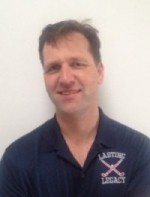 Ali has been a member of Monkstown Hockey Club, (founded in 1894 in Dublin, Ireland) since he was 11 years old. He played on all of the youth travel teams winning Under 16, Under 19 and Under 21 championships and represented Leinster for two years in the Under 21 Interprovincial championships. Ali also played on Monkstown’s Senior Mens’ team, a Division 1 National League Team,  for 17 years captaining them for 2 years.  During that time he won several Irish trophies, played and won tournaments in Germany, the Netherlands, the UK and South Africa and was selected to the Leinster Senior Mens’ team.

He coached in the 200+ Monkstown “colts” system for several years prior to moving to the US and he got involved first with Northport Youth Hockey and then with Lasting Legacy as his own daughters started playing more competitively. Ali has been in and around the sport of hockey all his life, his father having also played for Monkstown for many years in the 1960’s.  Ali coached the Lasting Legacy U14 Storm travel team from 2013 to 2015 helping them achieve a national ranking of 8 in 2015 and now guest coaches the U16 Storm team following his move to Austin, Texas.  The U16 Storm team achieved a National Ranking of #6 in August 2017.